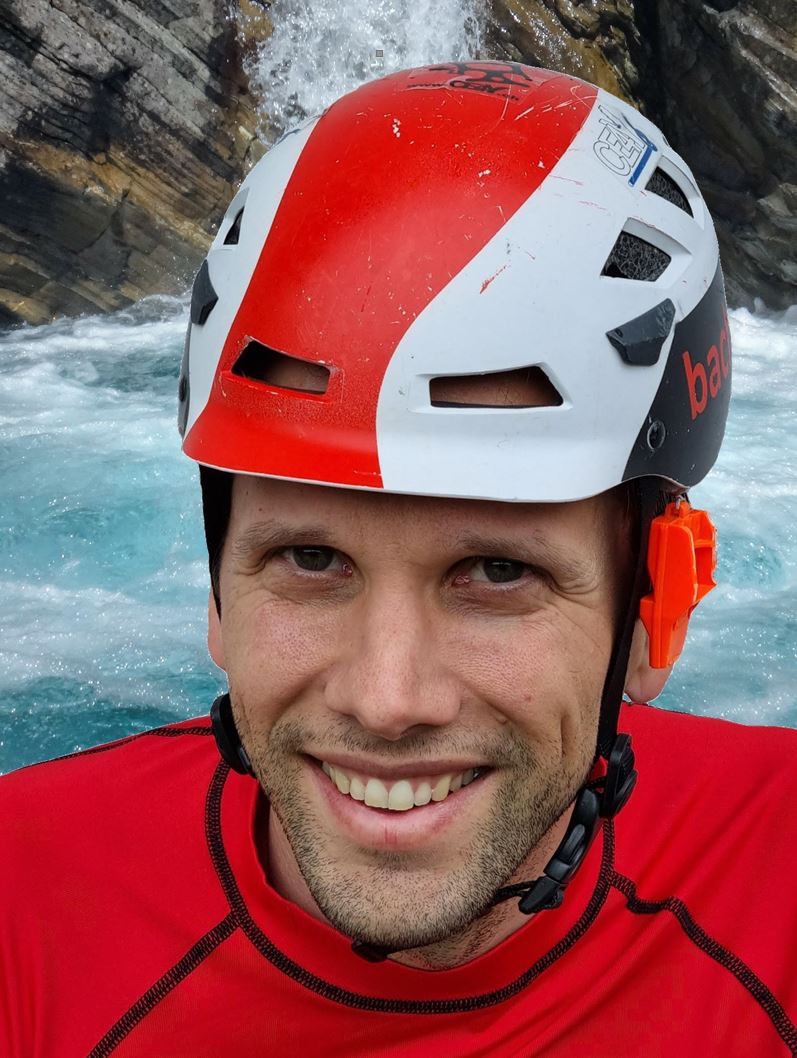 This guest post was written by Matthias Holzinger; V7 Academy (including any of its representatives) has not been involved with the testing process and/or results. The post is for informational purposes only.

How does abrasion affect canyoning ropes?

When I started commercial canyoning in 2006, we used the normal semi-static canyoning ropes produced in Europe by well-established manufacturers, certified according to EN1891 standard (type A or B). At that time it was commonplace to damage at least one rope per canyoning weekend due to the sharp rocks in Ticino, especially on the long tours and when you were with beginners. This was not a result of carelessness with the equipment or poor technique: it was simply because the rope material was not suitable and the environment was harsh due to the sharp rock. In 2011, during a canyoning trip to the USA, I bought the C-IV rope from Sterling. Until then, it was by far the best canyoning rope I had ever used.

From then on, myself and many of my colleagues only bought ropes from the US market (Sterling, Bluewater, Imlay). The durability as well as the handling was clearly superior to the European ropes. The superiority in durability of the US ropes was due to the high-strength and abrasion-resistant fibers (Technora, polyester) in the rope sheath.

Canyoning ropes and the EN1891 standard

In Europe, either due to EN1891 standard or because the canyoning market was too small, no significant innovation has taken place in the last 20 years related to canyoning ropes (except for the core-sheath bonding and the Aquaram from Beal). Due to the old semi static rope standard EN1891 - which comes from the ropes access industry - dynamic falls with a fall factor of 1 must be withstood with 80kg or 100kg of steel.

Such extreme fall loads are not encountered in canyoning, and the necessary dynamics of the ropes are rather disadvantageous for the longevity and also for the rappelling technique. More elongation creates more friction on the sharp rock edges.

In addition, polyamide is the only fiber that can withstand the standard’s required 5 falls. However, as already mentioned, polyamide has a very high elongation and is not the ideal material for use in water. Polyamide absorbs water, has low abrasion resistance when wet, shrinks by up to 10% and becomes stiff, which significantly worsens rope handling.

All these arguments speak against the EN1891 standard for canyoning ropes and the situation in the USA has shown that the American canyoning rope standards work very well without this norm and a different approach. At the moment, the UIAA is working on a new standard for static ropes, which could then be well suited for our sport.

Every brand claims that their canyoning ropes are “very durable“, have “high abrasion resistance”, or “special sheath construction for long durability”, etc…

The test setup is shown in the attached graphic. The canyoning ropes have been in the water for >1h before testing them. During the test I sprayed them with water after every 8-12 cycle. The ropes run per cycle 2x35cm over two edges (hardened steel edge & triangle file edge). After every 38 cycle there is a break of 20sec, during which I cleaned the two edges of broken fibers. There was a counter at the test installation which counted the cycles until I stopped the machine when the core of the rope became visible. All canyoning ropes have been tested twice in two test loops, and in random orders to minimize the influence of the test setup. I changed the two test edges 6 times in total, although I could not see any change at the edges resulting from abrasion after the cycles.

The consistent results of the two tests across all ropes show that the test is reproducible with a rather low deviation.

However, this test is not suitable for establishing a standard, but it was the easiest way for me to get some data without investing too much time and money.

The results from the tests shown in the colored table reflect quite well my experience in using canyoning ropes during the 15 years I practice canyoning. I personally own and use 12 of the 23 tested ropes and apart of two ropes, all where within the results I expected them to be.

NB: brands and rope model names have been concealed for discretion, apart from the brands that authorized the disclosure

Naturally, this test does not absolutely reflect the durability of a canyoning rope as other factors which are not considered in this test will also affect durability:

Canyoning ropes with sheath construction using Polyester fibers will last significant longer than ropes with Polyamide fibers. Ropes with Technora/Aramid/Dyneema will last the longest. The rope construction and the sheath thickness have a big influence on the result too. In addition to that, the elongation of the high-end fibers (Technora, Aramid, Dyneema) and Polyester fibers is much lower than tose using Polyamide and that they face almost no shrinkage or water absorption.

It is also very obvious that all the tested canyoning ropes compliant with the EN1891 standard are at the very bottom of the table. A high breaking strength does not mean that the rope will last longer.

As the owner of CE4Y, have developed three canyoning ropes (Rope ID: A, B, E in the table), but nevertheless I have tried to carry out and evaluate the tests as seriously as possible. A big thank you goes to Tom Jones from Imlay Canyon Gear to send me test samples of ropes from the US market for testing.

How much abrasion can canyoning ropes stand? In this guest post by Matthias Holzinger, we find our the different materials and their resistance to abrasion.